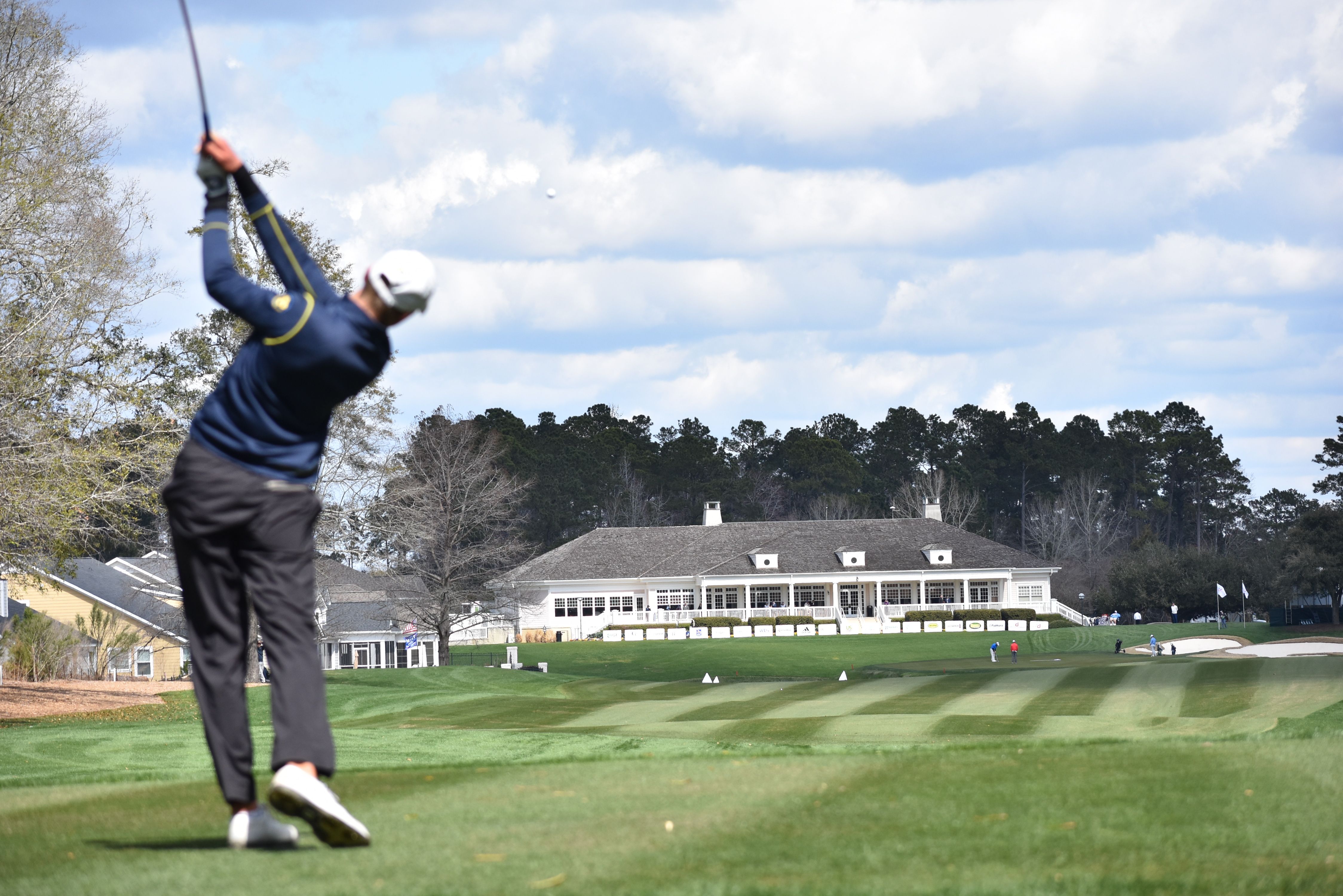 On a sunny but blustery Saturday afternoon at TPC Myrtle Beach, Katherine Schuster (Kill Devil Hills, N.C.) was able to create a little separation from the field in the second round of the Dustin Johnson World Junior Golf Championship presented by Fujikura in the girls tournament.

On the boys side, Tyler Wilkes (Tampa, Fla.) rode a round of 71 to the top of the leaderboard, setting the stage for a dramatic final day. Wilkes is 1-under for the tournament, just a stroke clear of Andrew Yong. H Jung (Championsgate, Fla.) and David Ford (Peachtree Corners, Ga.).

Jong fired the round of the day, a 2-under 70 that moved him up 14 spots on the leaderboard. Jong and Wilkes were the only two players to break par on a day that saw the average score for the boys surge to 77.79.

Schuster recorded a 73, equaling the best round of the day in the girls event, and will take a two-stroke lead over Taylor Roberts (Parkland, Fla.) into the final round. Schuster, who made a pair of back nine birdies, is 1-over for the tournament and she gained some breathing room when Roberts doubled her final hole of the day – TPC’s ninth.

Roberts shot a 75 and is +3 for the event. Yoko Tai (Windermere, Fla.), the leader after the opening round, is in third place at 6-over par after shooting an 80.

TPC Myrtle Beach played 6,997 yards from the tips for the boys. The course played 6,018 yards for the girls. The top 40 boys and top 15 girls advance to Sunday’s final round.

The Dustin Johnson World Junior Golf Championship is a 54-hole, college style event that has quickly grown into one of the top junior events in America.

With Johnson’s support, the tournament provides players a PGA TOUR-like experience, and the opportunity to test themselves against a premier field.