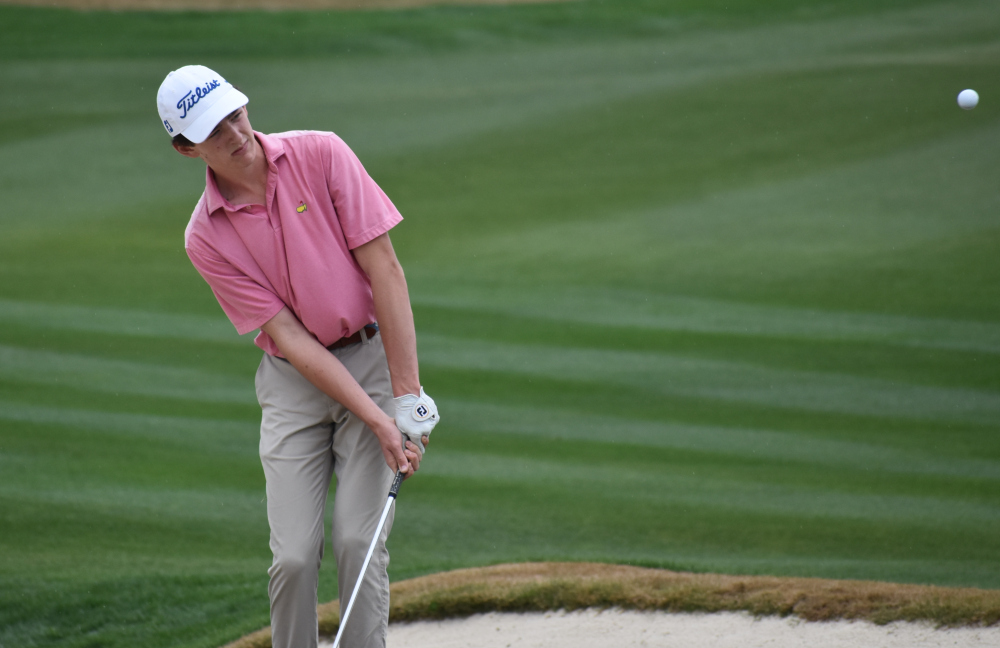 Zeigler is the second-ranked boy in South Carolina, but with 28 of the top 100 juniors in America, including No. 1 Akshay Bhatia, in the field, he wasn’t among the pre-tournament favorites.

Zeigler bogeyed the opening hole but caught fire midway through the front nine. He birdied the fourth hole and after making par on No. 5, made five consecutive birdies. A par on 11, followed by another birdie on the short par 4 12th hole, completed his streak.

Zeigler played the final six holes in even par.

The South Carolinian played an outstanding round, but his lead is hardly a comfortable one. Tyler Guo (Irvine, Calif.) and Luke Clanton (Miami Lakes, Fla.) each shot 68 and are only one-stroke back. Bhatia, defending champion Michael Brennan and North Carolina signee Austin Greaser are lurking just two strokes off the lead.

But a rainy Friday afternoon belonged to Zeigler, who credited his iron play for leaving him with a series of short putts.

“I was just trying to play conservative and I had some short irons and the hole started looking bigger and bigger putting it,” Zeigler said. “My first birdie was six inches from the hole and everything else was from within 15 feet.”

The girls field isn’t as tightly grouped, but there are six players within four shots of Pano after the opening round.

TPC Myrtle Beach played 6,997 yards from the tips for the boys. The course played 6,055 yards for the girls.

The Dustin Johnson World Junior Golf Championship is a 54-hole college style event that has quickly grown into one of the top junior events in America.

With Johnson’s support, the tournament provides players a PGA Tour-like experience, and the opportunity to test themselves against a premier field.